Dobri Hristov monument is located in the small city garden near Varna City Art Gallery "Boris Georgiev". It is a gypsum 2.9m monument. The base is 18 centimeters high square. The name Dobri Hristov is engraved on the front side („Добри Христов“).

Dobri Hristov was one of the major Bulgarian composers of the 20th century. He wrote mainly choral music, as well as some church music and music for the orchestra. He composed a number of choral and solo songs still included in Bulgarian choirs’ repertoires.

He helped the development of Bulgarian music culture using many Bulgarian folklore elements in his compositions.

Today Varna National School of Arts is named after the great composer. 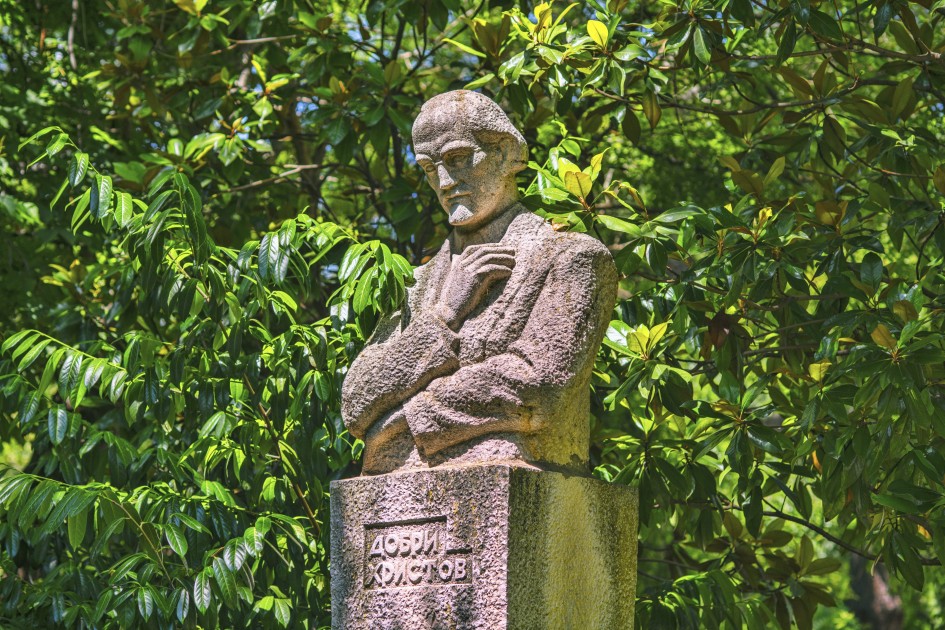