Connections from and to Varna Airport
Varna Airport (VAR) offers international flights to and from the Bulgarian Sea capital - Varna. Every year more than 2 million passengers pass...
Read more

The Fountain on Nezavisimost square

One of the most popular attractions of the sea capital of Bulgaria is the fountain located on Nezavisimost  (Independence) square of the city.

It was officially opened in August 2015 on the big Bulgarian religious holiday Assumption of St. Virgin Mary (also known as "Goliama Bogoroditsa") which is also the official day of Varna.
Its impressive water jet reaches a height of 41m which makes it the highest fountain in Bulgaria. Combined with the impressive water jet, and its spectacular lighting and sound, the new fountain undoubtedly became a central attraction for the residents of Varna, as well as for tourists from Bulgaria and abroad.

With 400 LED lights and 52 water pumps, this fountain leaves a lasting impression on young and old.  A modern computer system controls and manages the different combinations of water, music and light, and even though the fountain works all day, it is definitely more impressive aт 8:00 p.m. when the lights are turned on. There are special weather vanes and instruments which monitor the wind speed and other environmental conditions, in order to regulate water flow and ensure the security of citizens and visitors of the city. During the day, the fountain still works, but without lights, but even so you can come to the beautiful seaside town at any time, by plane, train, bus, automobile or rent a car and explore the many other cultural, historical, marine and natural attractions of the city until darkness falls and it is time for singing fountain. 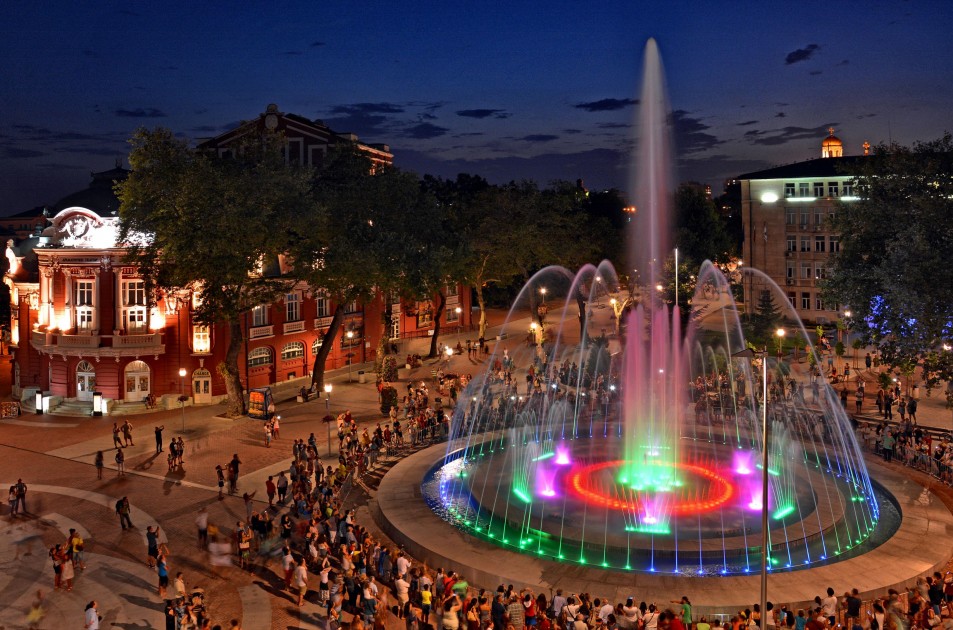