The name "Golden sands" comes from an old legend: Pirates diged in huge golden treasure in the seaside north from Varna. The land took revenge on the bandits and transformed the gold into wonderful sand.

Golden sands resort is 18 kilometers north of the city of Varna and near Golden Sands National Park. It is a magnificent resort, the largest one on the Northern Black Sea coast, with richly wooded hills, white golden beach and clear blue sea. There are lots of famous and ancient mineral water springs, which have a flow of 150 m/sec and were known already to the Thraciains and the Roman Caesars. The resort's beach strip is 3,5 km. long and up to 100 m wide. The average air temperature in Summer is 27-30 degrees and the water temperature is 25-28 degrees. Golden sands suits both sun-worshippers and sightseers being near by Varna - the third largest town in Bulgaria, the pearl of the Bulgarian Black Sea coast with a great number of places of interest. The resort has wonderful conditions for recreation, entertainment, sport and spa treatment. It is a paradise for children and restful holiday for parents. It has been awarded the prestigious Blue Flag international ecology prize several times. 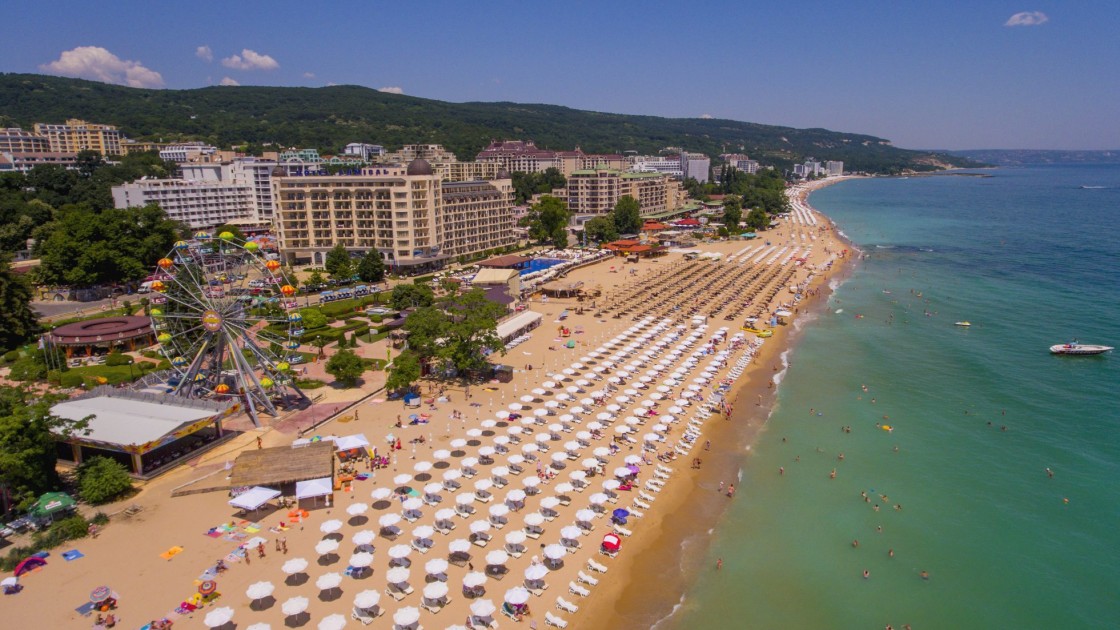 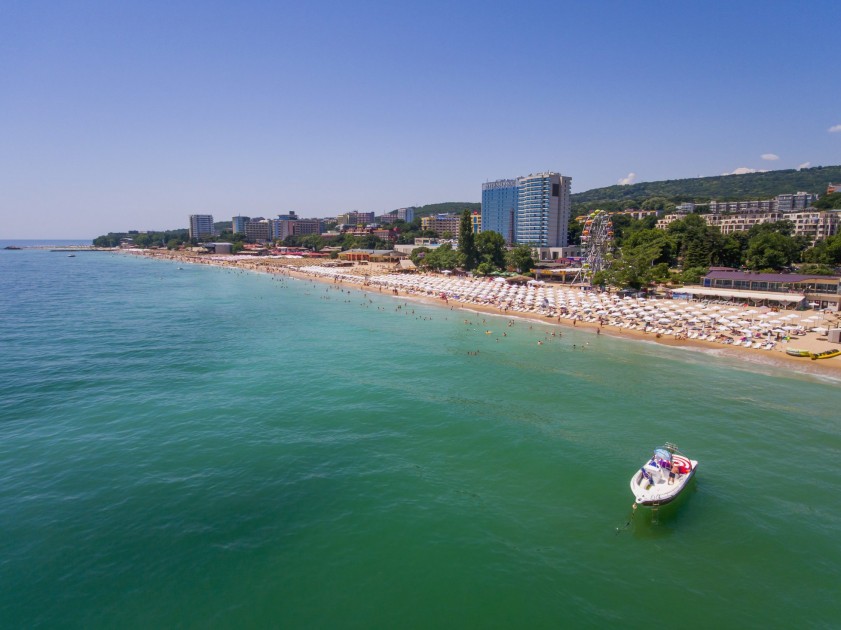