The Pantheon of the Fallen of the Wars in the Sea Garden was inaugurated on November 6, 1959.

The initial idea was the structure of the common grave-pantheon to be in the shape of a truncated cone, faced with white stone, the domed part of the ossuary - crowned with stone laurels. Yet, that idea was abandoned soon in favor of another project, work of the professors Lyubomir Dalchev and Peter Koutsarov. The latter suggested a new theme line, based on the already made seven exterior reliefs (two of the latter were designed by Varna sculptors Vesselin Nachev and Christo Boev; the rest were the work of a team from Sofia).

On top of the impressive doors of wrought iron, Ivan Kovachev of Varna sculptured a factory worker holding a lowered banner and a kneeling girl, bunch of flowers in hand - the only scene hinting the mournful rather than the heroic idea of the whole structure. The enormous statuary on top of the monument, presenting two brave soldiers in the thick of a fight, was made under the guidance of the professors Dalchev and Koutsarov. The ossuary is situated below the ground level. The memorial walls of the monument bear the engraved names of the fallen in the period 1923 -1944. 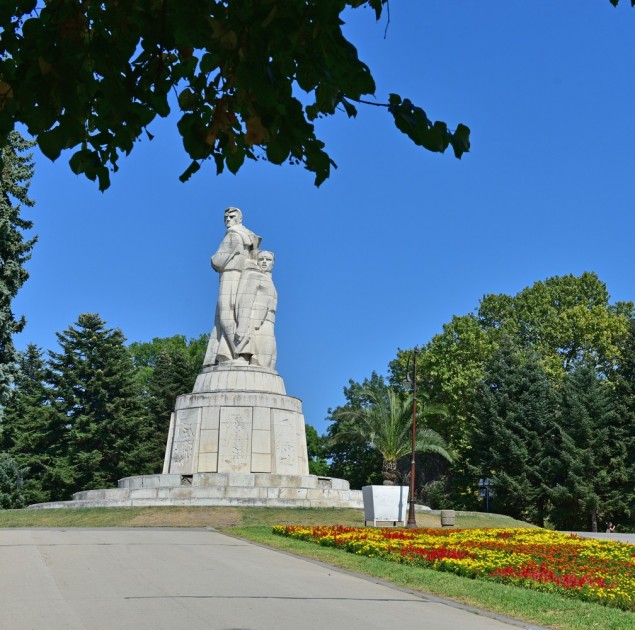 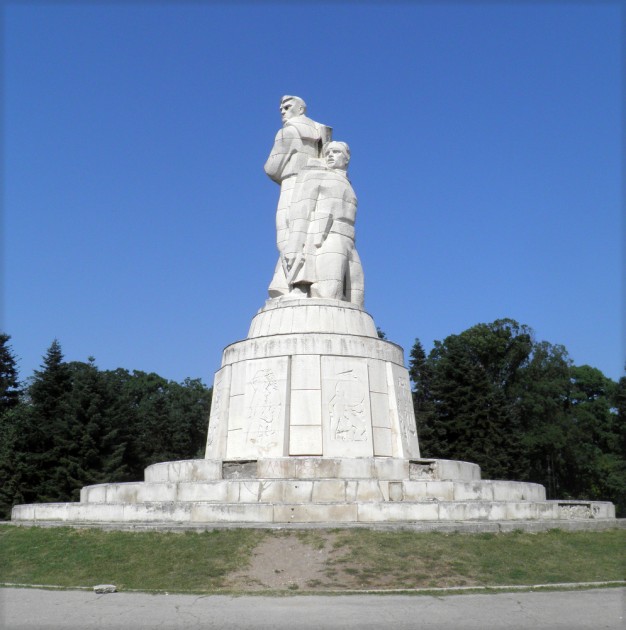 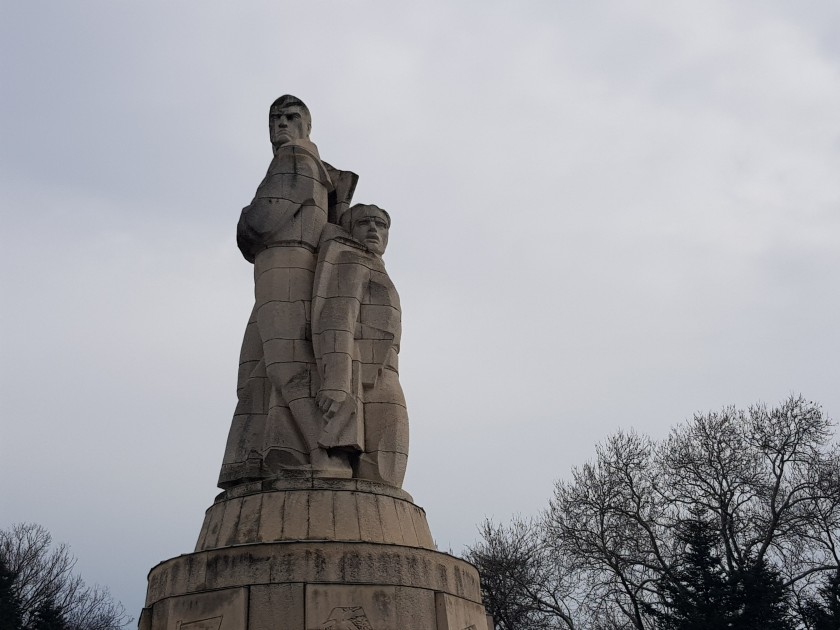