The Petrified Forest (The Stone Forest)

Pobitti Kammuni (Staked stones) have long fascinated scholars whose numerous theories and hypotheses still fail to offer a satisfactory explanation of how it all happened.

Russian archaeologist and historian Victor Teplyakov, a war correspondent during the 1829 Russo-Turkish War, is the first to have described the fossil forest. Englishman William Hamilton noted in 1854 that the stone pillars rising right out of the ground were a natural phenomenon.

Some time afterwards, another Englishman, geologist T. Sprat, confirmed that the stone pillars were a geological formation, a result from the work of air temperatures, winds, humidity and sands.

Ever since scientists have been arguing about the inorganic or organic origin of these workings of nature. The prevailing opinion is that 50 million years ago there was a vast sea whose waves washed the foothills of the Alps.

When the waters receded, the deposits were exposed to erosion; the rains washed away the loose earth and the solid parts, which the winds rounded in the course of millennia, remained upright giant desert stalactites that one sees today.

Some scientists advance the theory of an organic origin. Millions of years ago it was a real forest but the giant-size species are unknown. Scientists may argue and one gazes and takes pictures. The sunset or moonlight picture defies description.

You can reach The Stone Forest by car or by public transport line 43  to bus stop "Razklon Banovo" in Slanchevo village. 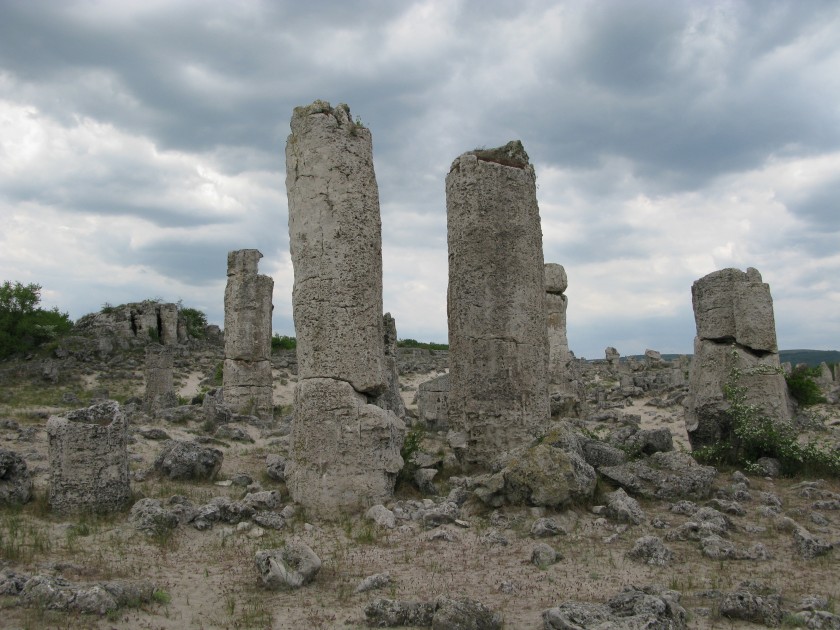 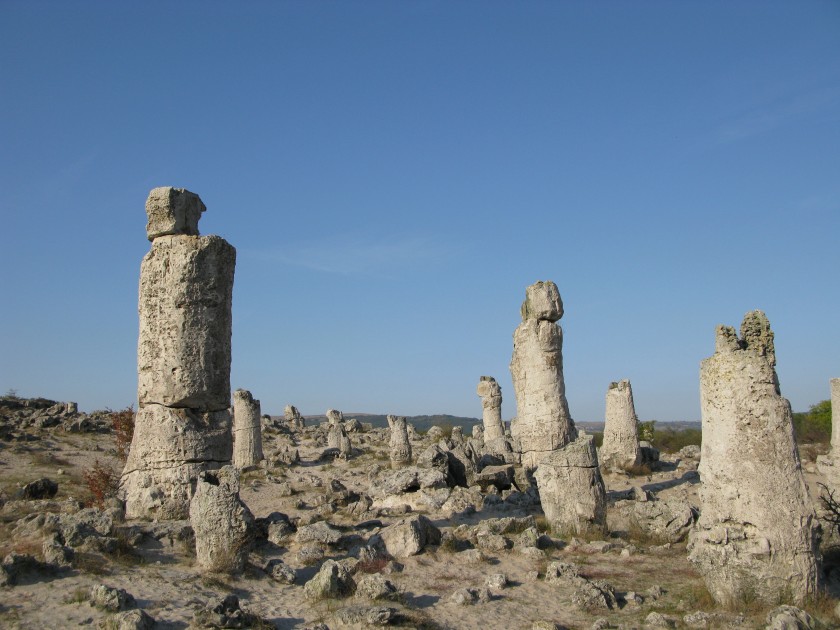 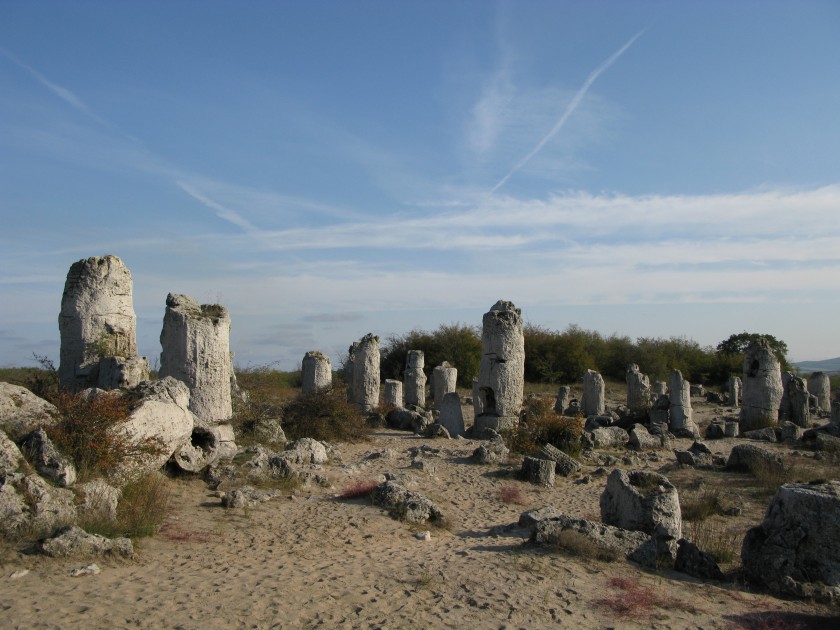