Karel and Herman Shkorpil are founders of not only Varna but Bulgarian archaeology as well. Karel and Hermengild Shkorpil brothers are the first to document precisely numerous archaeological sites and monuments in Bulgaria. Karel Shkorpil found and located the exact place of The first Bulgarian capital Pliska, and Herman Shkorpil found remains of early christian monastery on "Djanavara Hill".

They visited different locations in Bulgaria and described exactly what they found. First maps of three Bulgarian capitals Pliska, Preslav and Veliko Tarnovo were made by them. The one of Veliko Tarnovo is still in use today.

They have made huge contribution to Varna – they founded Varna Archaeological museum, studied the Roman Thermal Baths, The Stone forest, etc.

The monument can be seen in Varna Archaeological museums's yard. 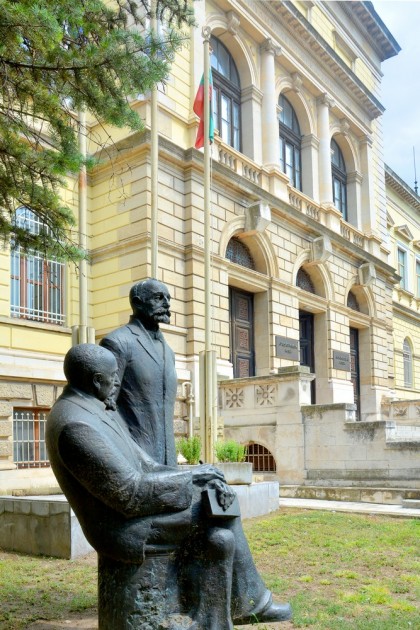 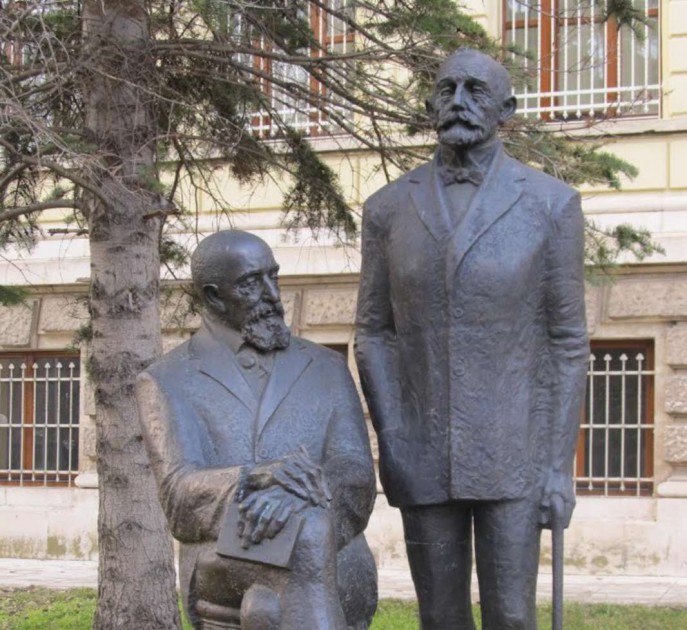