The Monument to the Fallen of the Serbo-Bulgarian War of 1885 is the only one reflecting the active participation of 8th Coastal Infantry Regiment of Varna in that war.

In the summer of 1885, the Regiment took part in the victorious battles at Slivnitsa, Dragoman, Tsaribrod and Pirot. In the course of the war, the Regiment suffered 249 dead - officers and soldiers. The Monument was set up to the initiative of the survivors. Its construction was entrusted to local masters, and the process took some 5 months.

It was inaugurated by King Ferdinand I and Varna Metropolitan Bishop Simeon in the square in front of the Cathedral on September 25, 1894.

The Monument rises as high as 8.60 m and has a pyramid-like architectural composition following the design of most Russian war monuments. Four commemorative plates of white marble, along with a gilded St. Andrew's cross (the only gilded cross in Varna by that time), were mounted on the Monument.

The monumnet location was changed a couple of times before it was finally located in the small pedestrianized square between the Archeological Museum and the City Hall of Varna. 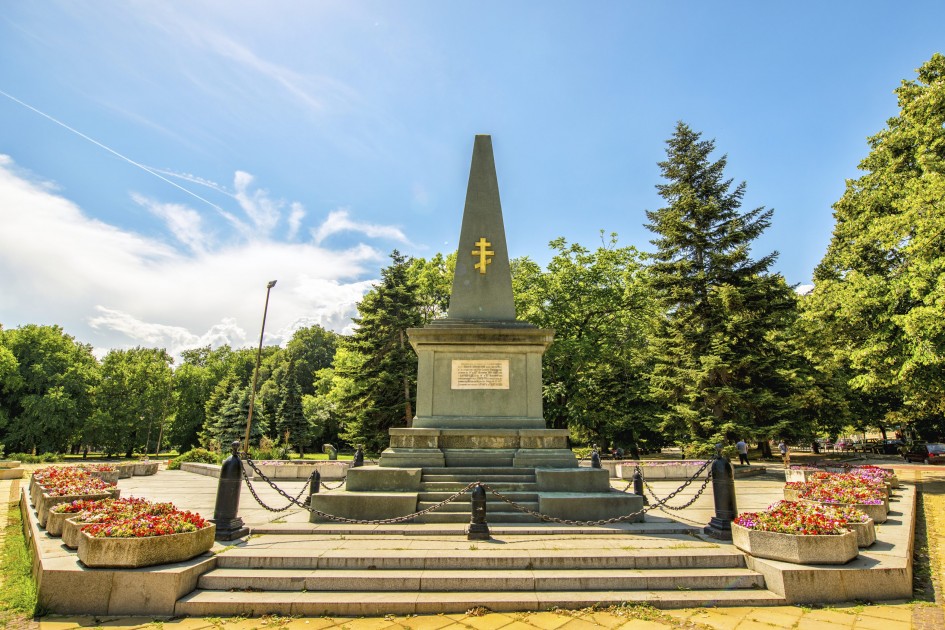