The Varna Chalcolithic Necropolis is a burial site in the western industrial zone of Varna (approximately half a kilometre from Lake Varna and 4 km from the city centre), Bulgaria, internationally considered one of the key archaeological sites in world prehistory. The oldest gold treasure in the world, dating from 4,600 BC to 4,200 BC, was discovered at the site.

The site was accidentally discovered in October 1972 by excavator operator Raycho Marinov. The first to value the significant historical meaning was Dimitar Zlatarski, the creator of the Dalgopol Historical Museum. He was called by the locals to examine what they had found earlier that day. Being a bright historical figure at that time, he realized how important the finding was, so he contacted the Varna Historical Museum and, after signing government papers, he handed over the research to the direction of Mihail Lazarov (1972–1976) and Ivan Ivanov (1972–1991). About 30% of the estimated necropolis area is still not excavated.

A total of 294 graves have been found in the necropolis, many containing sophisticated examples of metallurgy (gold and copper), pottery (about 600 pieces, including gold-painted ones), high-quality flint and obsidian blades, beads, and shells. There are crouched and straight inhumations. Some graves do not contain a skeleton, but grave gifts (cenotaphs). These symbolic (empty) graves are the richest in gold artifacts. Three thousand gold artifacts were found, with a weight of approximately six kilograms. Grave 43 contained more gold than has been found in the entire rest of the world for that epoch. Three symbolic graves contained masks of unbaked clay.

The findings showed that the Varna culture had trade relations with distant lands (possibly including the lower Volga and the Cyclades), perhaps exporting metal goods and salt from the Provadiya rock salt mine. The copper ore used in the artifacts originated from a Sredna Gora mine near Stara Zagora, and Mediterranean Spondylus shells found in the graves may have served as primitive currency.

The culture had sophisticated religious beliefs about afterlife and had developed hierarchical status differences. The site offers the oldest known burial evidence of an elite male (Marija Gimbutas claims that the end of the fifth millennium BC is the time that the transition to male dominance began in Europe). The high status male buried with the most remarkable amount of gold held a war adze or mace and wore a gold penis sheath. Bull-shaped gold platelets might also have venerated virility, instinctual force, and warfare. Gimbutas holds that the artifacts were made largely by local craftspeople.

The artifacts can be seen at the Varna Archaeological Museum and at the National Historical Museum in Sofia. 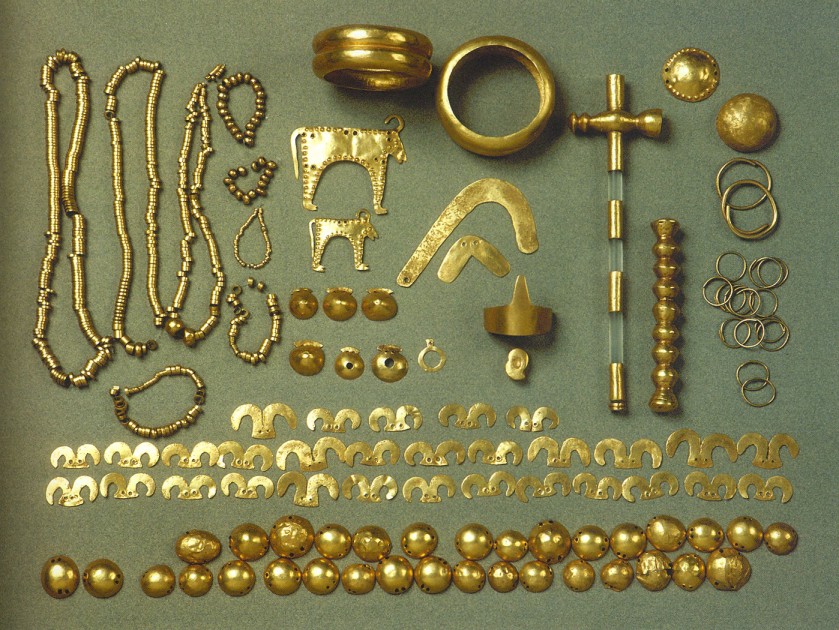 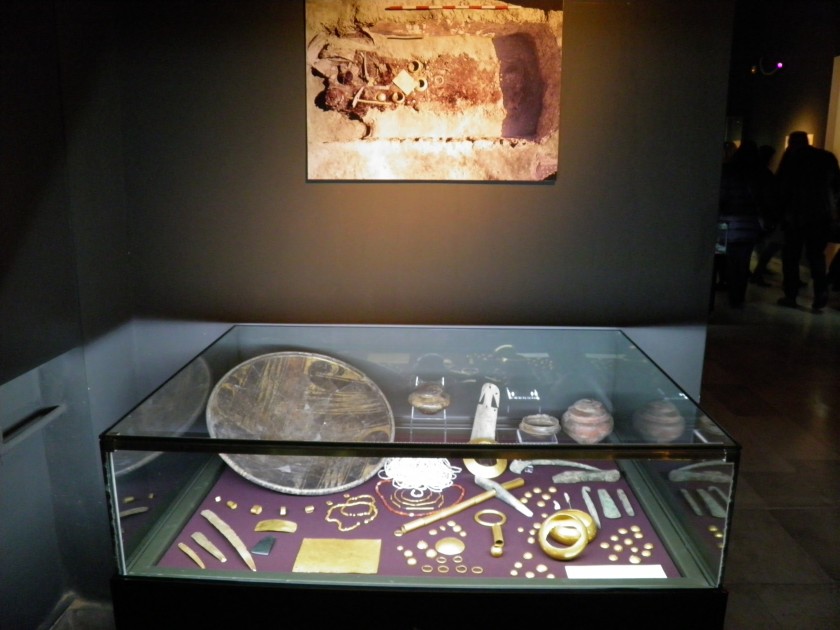