Varna - the Guardian City of the Oldest Gold

The treasure from the Chalcolithic Necropolis of Varna, discovered nearly 50 years ago, is recognized as the oldest processed gold in the world.  With its uniqueness, it attracts thousands of tourists from all continents to the Archaeological Museum of the seaside town, which in 2021 celebrates its 100th anniversary as a resort town.

When it's summer and you are in Varna, life is sparkling - the seaside capital of Bulgaria surrounds you with the atmosphere of a tourist centre, you pass cheerful companies in the streets and overhear conversations in different languages, and all roads lead to the sea. This is the fate of a city and it was decided 100 years ago when the city government declared Varna a resort town.  The vision for the future proved prescient, and over the decades the idea of the seaside town has been enriched and tourism is no longer just beaches and restaurants, but a kaleidoscope of cultural events - dozens of festivals and special encounters with cultural heritage. An exciting encounter with the past awaits you at the Archaeological Museum.

There, in the most guarded hall in Varna, the experience is astonishing. Only a moment ago you were part of the sun and noise of the resort town pulsating with colours and sounds. As you enter the twilight of the exhibition room, however, everything around you seems to pull back to leave you alone with the eternity encoded in the flashes of gold above the bones dull hollowness. You leave the museum not with the thought that you have seen a sensation, which the Golden Treasure of Varna undoubtedly is, but with a feeling of humility. You have unwittingly reached deep layers in your personal archaeology that can reveal secret knowledge about life and death.

Discovered by an excavator operator and studied by archaeologist Ivan Ivanov

The history of Varna's gold treasure is not shrouded in mystery and legend; it was not sought after by anyone, no one even suspected its existence. The reason for this is its immense remoteness in time.  The time line has stopped for the gold and the people buried with it more than 6,000 years ago. For all those years it has laid untouched beside the bones of its owners near the harbour area in the Varna Lake region.  The sun's rays brought back its splendour quite by accident in October 1972, when excavation works began in this unremarkable piece of land. First to touch the gold was the excavator operator Raycho Marinov.  He took the jewels, which had been dug up by the excavator, in a shoebox, believing that they were not of precious metal, and later showed them to Dimitar Zlatarski, the curator of the Museum in Dalgopol.  A month later, the first findings were already in the Museum of Varna, and the excavations were undertaken by the archaeologist Ivan Ivanov - one of the brightest names in Bulgarian science - an inspiring scientist and a man who passed away early, but left behind a bright trace in the study of antiquity in Bulgaria.

It was Ivan Ivanov who appreciated the significance of the findings and organized a comprehensive study of all more than 300 graves of the necropolis, spread over an area of more than 7 decares, preserving both the discovered objects and the bones for further study. And the treasure of over 6 kilograms of gold proved even more valuable once it was dated. The radiocarbon analysis proved that it was created in an era not previously thought to have had such a level of technological development of human civilization.  This community, highly developed for its time, is now known to science as Varna Culture, and the treasure, a symbol of its progress, is the jewel in the collection of the Archaeological Museum of the sea capital.

The Chief Priest goes to eternity with 990 gold items

There is exhibited the richest in gold items tomb in its authentic appearance - the tomb known in the scientific community as No. 43, which was the last home of an influential man of the era, most likely a chief and priest. 990 are the gold objects found in it, with total weight of 1.5 kg. In the museum you can see the original location of the skeleton and the jewelry on it - some are obvious symbols of power such as the scepter, the triple necklace and massive bracelets, others are the tools of a blacksmith, and others remain a mystery.  The man is tall for the time - about 170 cm, he had a healthy athletic body.  And for the strong-willed expression of his face we can judge from the reconstruction of the cranial structure.  In addition to the numerous gold objects in the tomb, there are also copper tools, flint knives and a clay vessel.  The comparison with the more modest graves gives historians reason to believe that the Varna Culture had a well-structured society with an established hierarchy.

The great mystery of the Chalcolithic Necropolis, however, is elsewhere - in the graves without dead bodies.  These symbolic burials contain gold and other ornaments with which clay masks were decorated.  The assumption is that these are the graves of warriors who died far from their homeland.

Facts, hypotheses and speculations about the oldest gold

With the discovery of Varna gold, hypotheses and speculations began to appear.  Some believe that the ancients mastered the art of alchemy and discovered the philosopher's stone to reach such an unprecedented purity of metal - 23.5k – 24k.  Others suggest that some of the items are the tools of ancient scientists representing coded measures of length and proportion.

Apart from being the oldest treasure (over 1000 years older than Sumer and Egypt), the treasure of Varna has the largest concentration of gold artifacts from the 5th millennium BC and has the highest degree of purity.

The response from the discovery of the Golden Treasure of Varna among the scientific community has been huge. Sir Colin Renfrew, one of the most respected archaeologists of our time, writes about his meeting with the treasure: "The oldest gold treasure in the world, discovered in 1972, was not found in Sumer or Egypt, the cradle of the earliest civilization and apparently the cradle in places where we would expect such an important discovery.  Nor did it come from pre-Columbian America, famous for its rich gold finds.  To everyone's surprise, it was found in northeastern Bulgaria near the attractive modern city of Varna. And it is more than 6,000 years old.  Finding this oldest gold treasure seems to confirm my own theory that prehistoric Bulgarians invented metalworking, despite the earliest metallurgists in the Middle East.” Even more emphatic is the Japanese Prince Mikasa, who summarizes: "The Varna Culture is actually the first European civilization!"

One of the most radical conclusions about the importance of the discovered gold objects is made by the Bulgarian researcher Hristo Smolenov, who considers that most of the gold plates and images such as the famous two golden bulls are part of the scientific tools of the ancients in their knowledge of the world as logically related dependencies and proportions.  Even the golden section is one of them. Preserved in these objects as a quite literal gold standard, this possible knowledge makes us expand the horizons of our ideas about prehistory in Bulgarian lands.

The controversial interpretations about the nature of the gold artifacts only strengthen the interest of the world scientific community and tourists to the Treasure of Varna .  Meanwhile, the oldest gold is spreading the name of Varna around the world as the centre of one of the ancient civilizations.  The exhibition "The Gold of the Thracians" became legendary, and only a year after its opening it was already travelling around Europe, and in the early 1980s it was exhibited in Japan.  Germany, France, Israel, Italy, the USA followed...  The journey of Varna's golden treasure around the world continues, and the oldest gold has become one of the business cards of the capital of Bulgarian tourism.  Thus, , Varna home and foreign visitors add a visit to the Archaeological Museum to their usual holiday joyful experience by the Black Sea coast, which becomes a pilgrimage to the achievements of the first civilization on our lands. 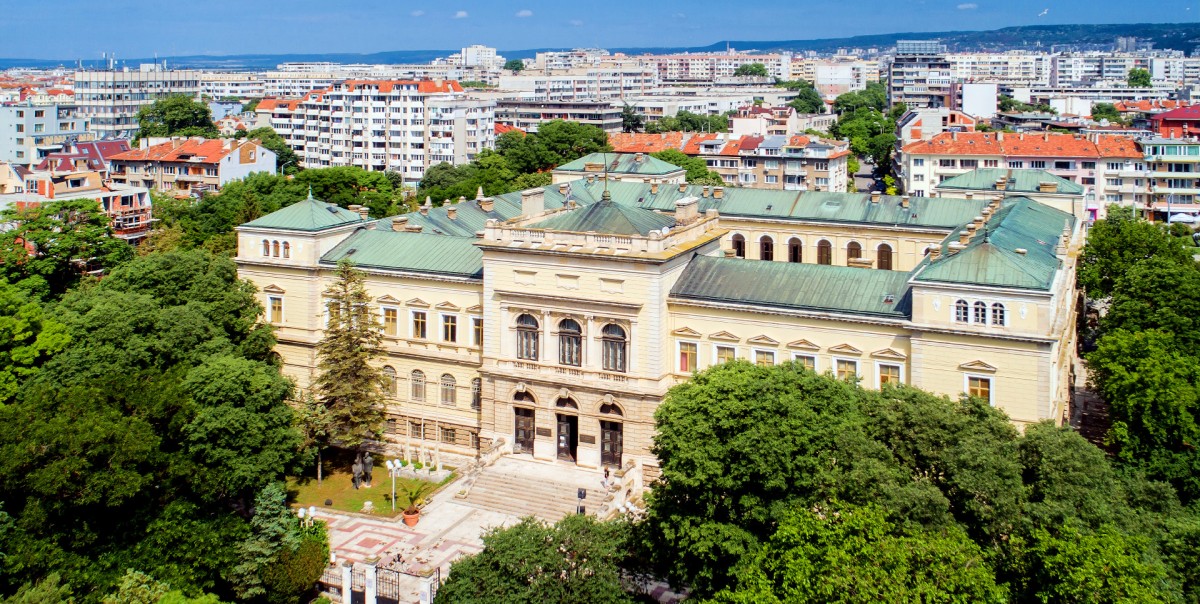 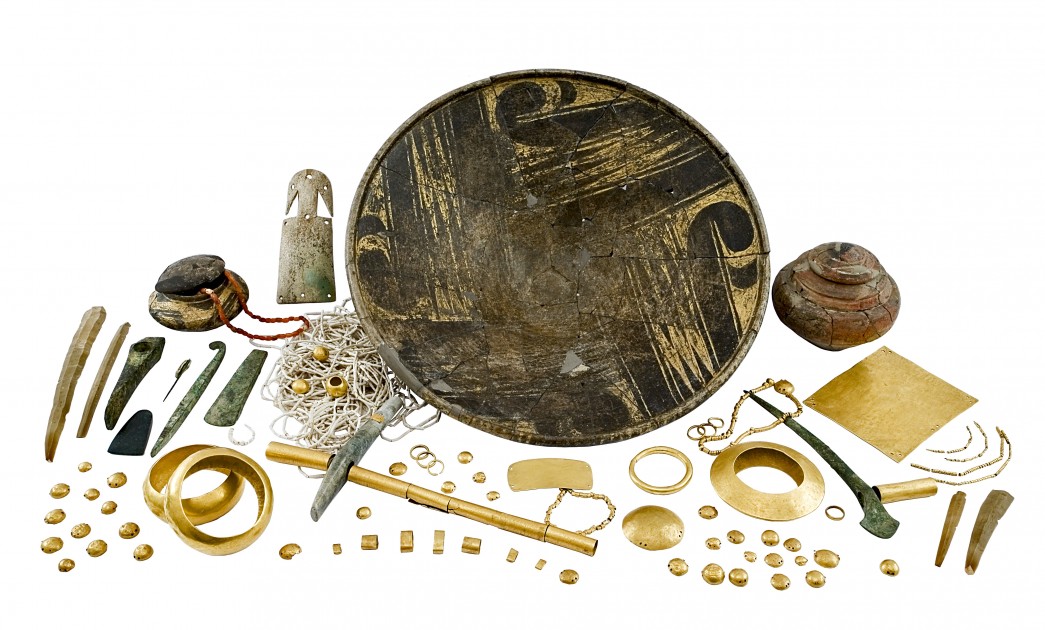 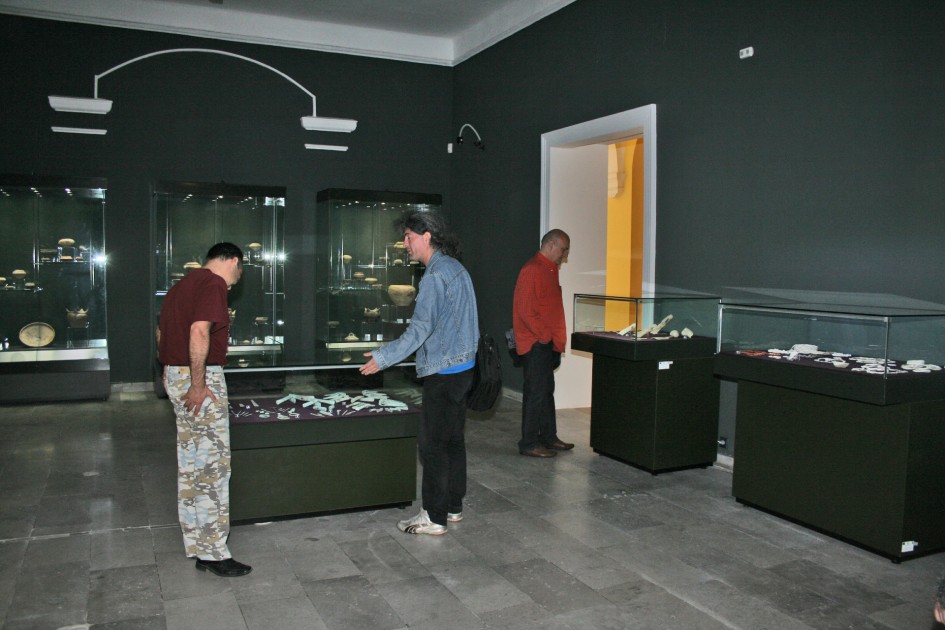