The "Assumption of the Mother of God" Cathedral

Located in the heart of Varna The Cathedral has become one of the landmarks of the city.
Situated on “St. Cyril and St. Methodius” square in the very center it is a top sight of The Sea capital.

The first stone upon the construction of the temple was placed by Prince Alexander I of Battenberg (1857 - 1893) in 1880. After the consecration, the prince reprieved all the prisoners from the Varna prison, for which three months of their sentences were remaining. The name that was chosen, The Assumption of Holy Mother, was to the memory of the Russian Empress Maria Alexanrovna, benefactor of Bulgaria and aunt of the Prince.

The foundations were laid by the project of the Odessus architect Maas, and the building itself is constructed according to the project of the municipal architect P. Kupka. The financing of the construction was relied on mainly by the donors. Additionally, a lottery with 150 000 tickets of BGN 2 each was conducted, as the tickets were sold in the country and abroad.

During the construction itself, the builders were working according to the model of the Peterhof Temple in Saint Petersburg, by using local materials. The roof part and the domes were covered in copper tin. The construction of the temple was performed in the beginning of October 1885.

The complete decoration of the temple began in 1949, and in the 1960s the stained glass of the large windows looking to the square were made.

During the period 1999-2002 the ventilation system in the temple was constructed, and the mural paintings were renovated, and in 2001 by funds of the municipality a unique outdoor lighting was installed at the Cathedral, which emphasizes the beauty of the building at night. In 2002 the renovation of the Cathedral domes was completed. The entire roof construction is enriched with materials based on gold and silver.

Virtual panoramic tour of The Cathedral 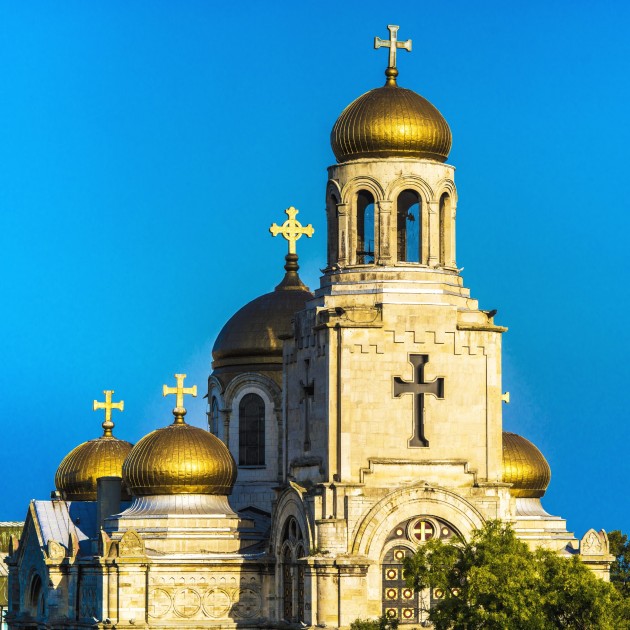 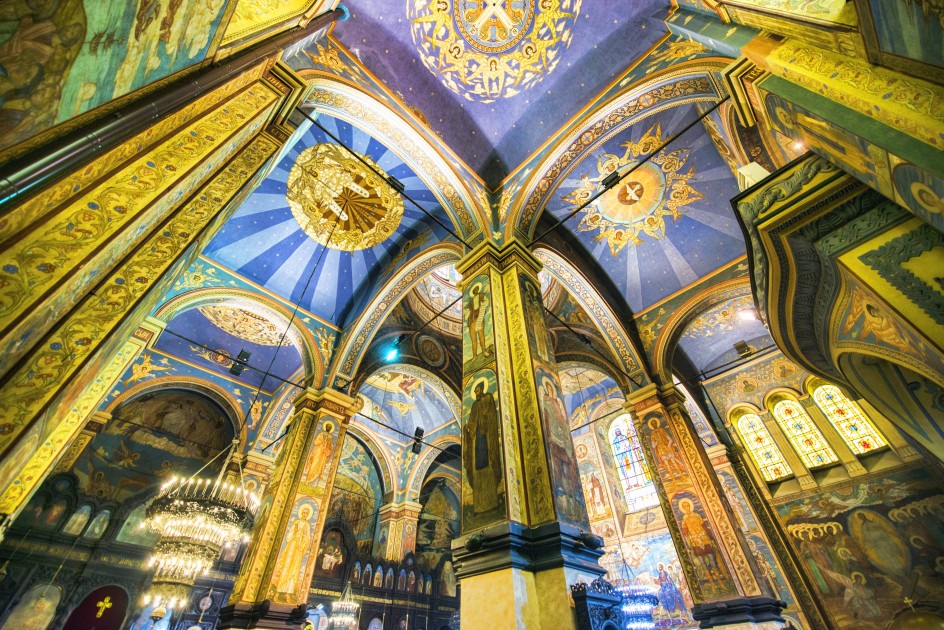 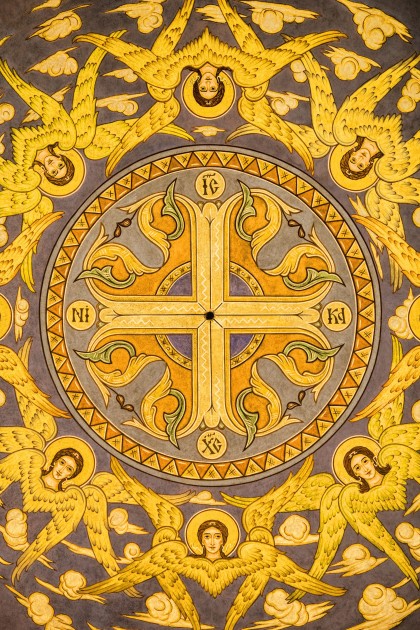