The building of the Drama Theatre "Stoyan Buchvarov" is one of the most emblematic and beautiful buildings in Bulgaria. It is one of the city's cultural centres where lots of theatre performances are being organised along with symphony concerts and operas. Drama Theatre "Stoyan Bachvarov" hosts the International Theatre Festival "Varna Summer" held every year at the beginning of June.

A glimpse of history:
The idea for the building belonged to the Mayor Ivan Tserov. The building was designed by Nikola Lazarov and the building works started in 1912. It was finished between 1929 and 1932 with the assistance of the famous architects Dabko Dabkov and Jelyazko Bogdanov. The theatre was named after the prominent actor Stoyan Bachvarov who was its first director. 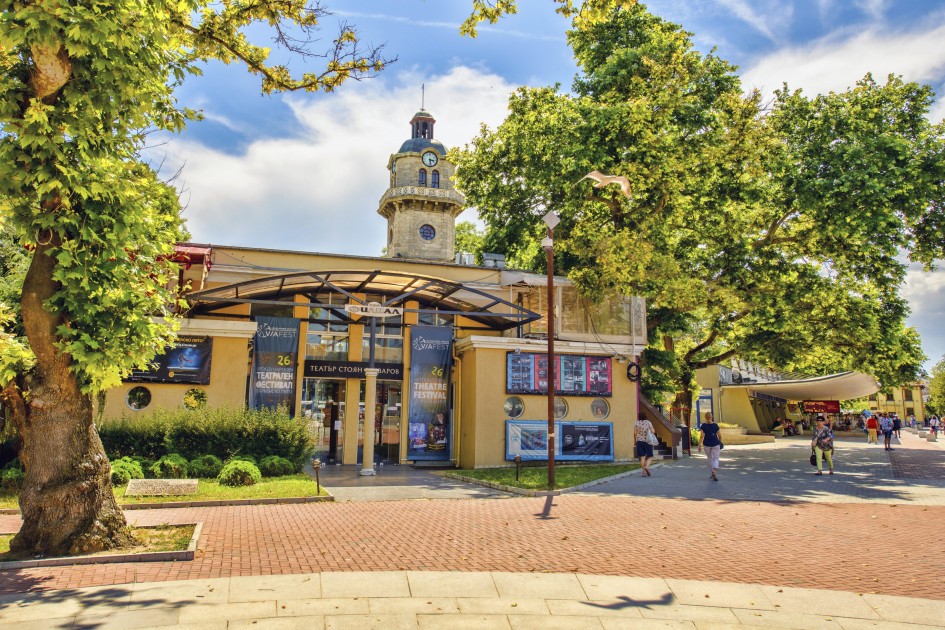