The Graf Ignatiev monument is situated in the city garden between the buildings of The Drama Theater and the theater branch stage. It is a granite base with inscriptions engraved on each side. A bronze bust of Graf Ignatiev is above. On the front side of the monument Ignatiev’s family coat of arms can be seen.

Graf Ignatiev (Count Nikolay Pavlovich Ignatyev) was a Russian statesman and diplomat, became best known for his expansionism in support of Russian imperialism. As a Russian ambassador to the Ottoman Empire from 1864 to 1877, he worked to stir up pan-Slavic feeling and nationalism against the Ottomans, and had some responsibility for the Bulgarian rebellion of April 1876. He encouraged his government to declare war on Turkey in 1877, and after the decisive Russian victory he negotiated the Treaty of San Stefano in 1878. 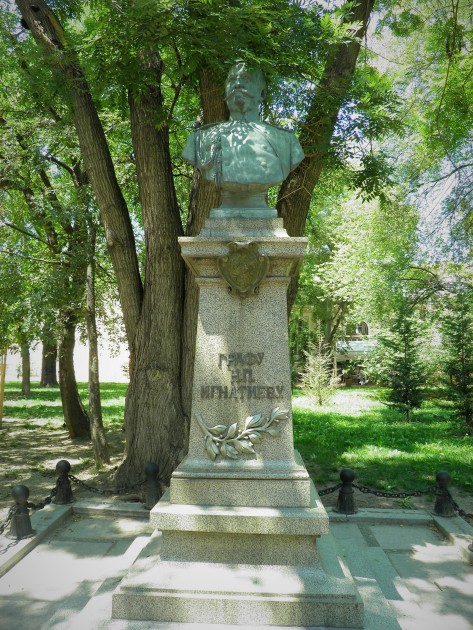 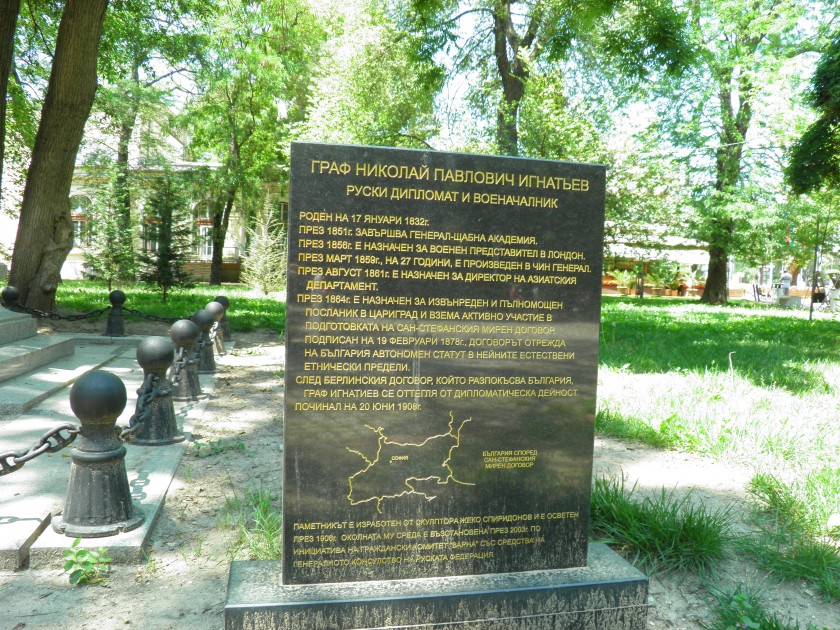 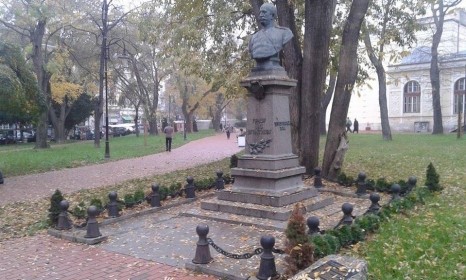