Ivan Vazov  (1850 – 1921) was a Bulgarian poet, novelist and playwright, often referred to as "the Patriarch of Bulgarian literature". His works reveal two historical periods - the Bulgarian Renaissance and the Post-Liberation (from Ottoman Empire rule). Ivan Vazov holds the highest honorary title of the Bulgarian Academy of Sciences - Academician. He acted as Education and People Enlightenment Minister from September 7, 1897 to January 30, 1899.

Ivan Vazov monument is located in the Sea Garden (in close vicinity to the main entrance). It was created and placed when Vazov was alive. 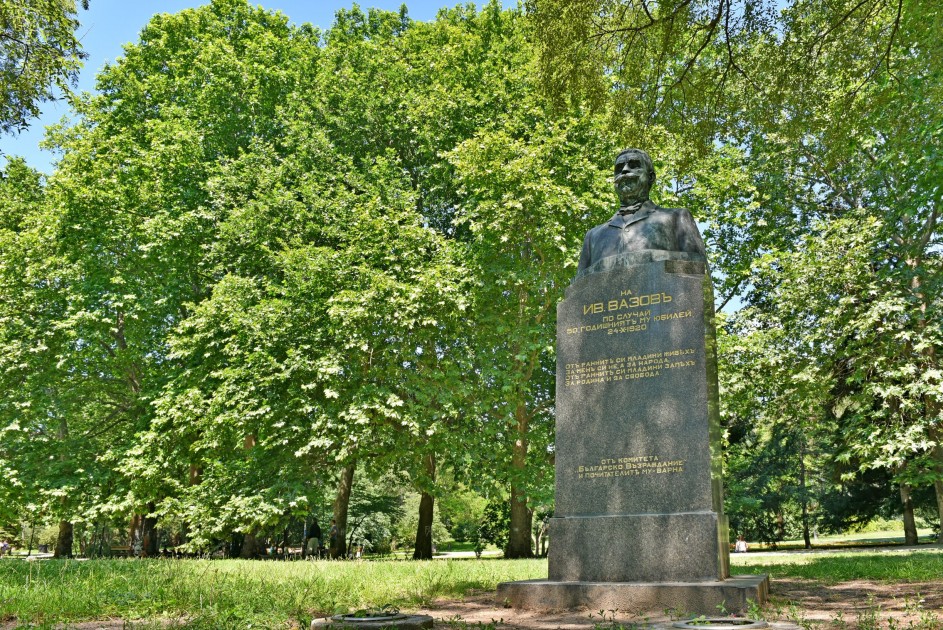