Captain Petko Voyvoda (1844–1900) was a 19th-century Bulgarian hajduk leader and freedom fighter who dedicated his life to the liberation of Bulgaria (and particularly the region of Thrace).

The monument was inaugurated in 1959 and placed in the park near Varna district hospital but later relocated near the building of The Thracian Society. 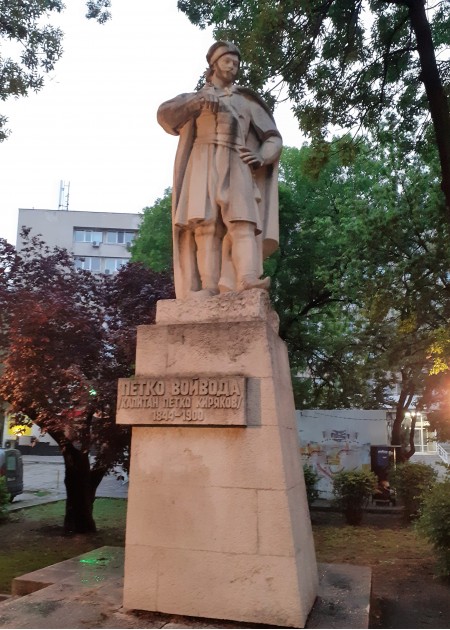