Bulgaria has about 200 km (125 mi) of coastline facing east on the Black Sea. The principal ports are Varna in the north and Burgas in the south.

The original tower is now on the grounds of the Naval Museum (also known as the National Maritime Museum). During the Communist era, the image on the lighthouse was replaced by an image of Georgi Dimitrov, the first Communist dictator of Bulgaria. This lighthouse is a replacement for the original, which was moved to the Naval Museum, located at the end of the main breakwater of Varna harbor. Accessible by walking the pier. The tower is closed.

Saint Nicholai's icon labels the lighthouse at the tip of the outskirt pier of the Port of Varna. Saint Nicholai is patron saint of sailors, fishermen, ships and sailing. In centuries of Greek folklore, Nicholas was seen as "The Lord of the Sea", often described by modern Greek scholars as a kind of Christianised version of Poseidon. 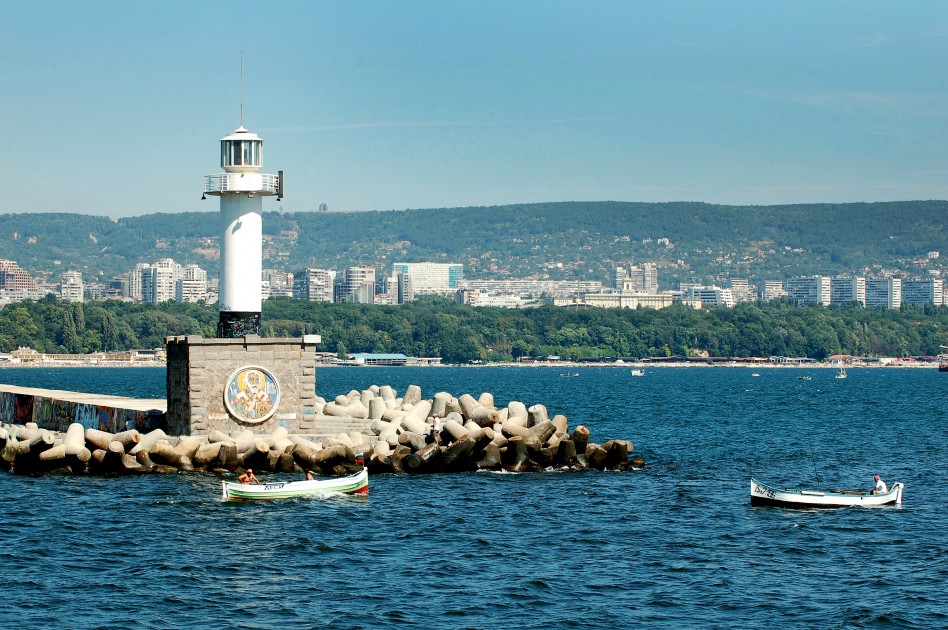 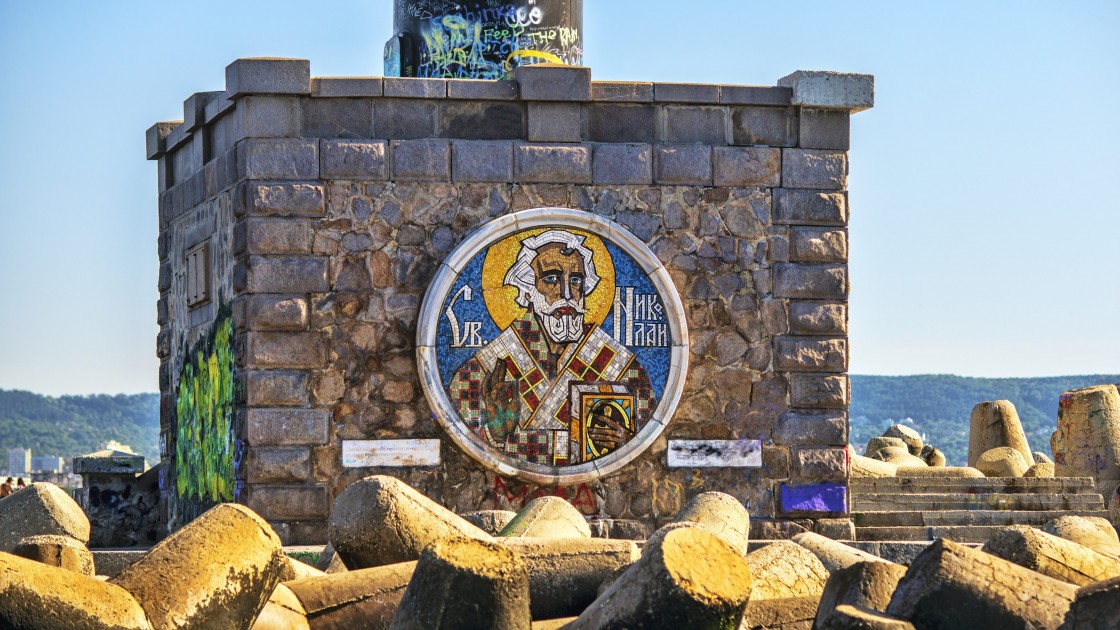