The Monastery of Sts. Constantine and Helena

The Monastery of Sts. Constantine and Helena is situated in the heart of the seaside resort bearing the same name - a blessed small oasis of tranquility, lush greenery, and the chatter of nearby spring and stream waters; a tiny hush island in the hub of life, joyful clamor and multilingual speech.

Nobody can tell for sure when exactly the monastery was built, but legends have it that there existed a monastic fraternity here as early as 16th c. One of the legends tells of how a local found an icon of the saints Constantine and Helena out of a shipwreck in the close vicinity of the present-day monastery - an icon which later proved wonder-working and inspired pious people to build a place of worship and established a monastery next to it, in a place of immediate proximity of where the icon had been found. Crowds of believers and worshippers came here to pray and find forgiveness, help, and cure for their illnesses and sufferings. It is how Emperor Constantine the Great and his mother Helena, the saints of the miraculous icon, became patrons of the newly-founded monastery.

The latter was destroyed during the Russo-Turkish War of 1828 - 1829. A few years later, thanks to the noble efforts of two brothers from Turnovo - the hi-eromonks Theodosius and Agapius Kan-tardzhiev, and local volunteers, the monastery building was restored.

Initially, the monastery had no property of its own at all. Thick, centuries-old woods surrounded it and sprawled around for miles, and very few worshippers visited the place. Nevertheless, after the two hi-eromonks settled it, local population, still believing in the miraculous power of the icon of the patron saints, and having preserved their piety, charged with enthusiasm, by means of their own voluntary labor and donations, managed to transform the outlook of the vicinity from a thick, impenetrable forested wilderness into fertile arable land, which was later donated to the monastery. The latter turned into a hub of life - the healthy climate, curative powers of the mineral and spring waters nearby, belief in the protection from the two great Christian saints proved to be a powerful magnet for thousands of visitors from everywhere. The place was especially popular for visits on May 21 - the day of the apostle-equal saints Constantine and Helena according to the Eastern Orthodox Christian tradition.

After the Liberation from Ottoman domination in 1878, the monastery and its vicinity became a favorite place for weekend breaks and summer vacations with both citizens of Varna and visitors from all over the country.

Today, being located in the very heart of the tourist resort of the same name, the Monastery of Sts. Constantine and Helena is visited by the thousands of Bulgarian and foreign guests of the resort. 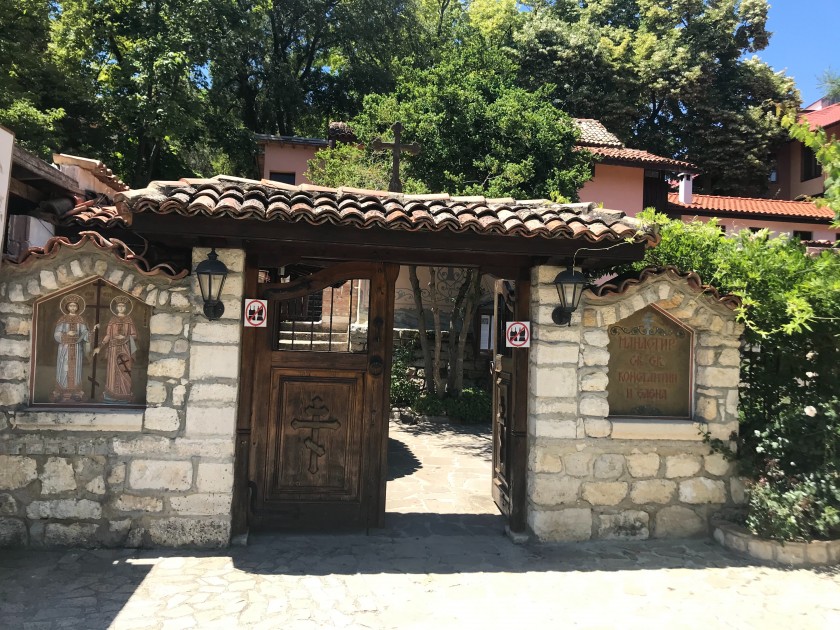 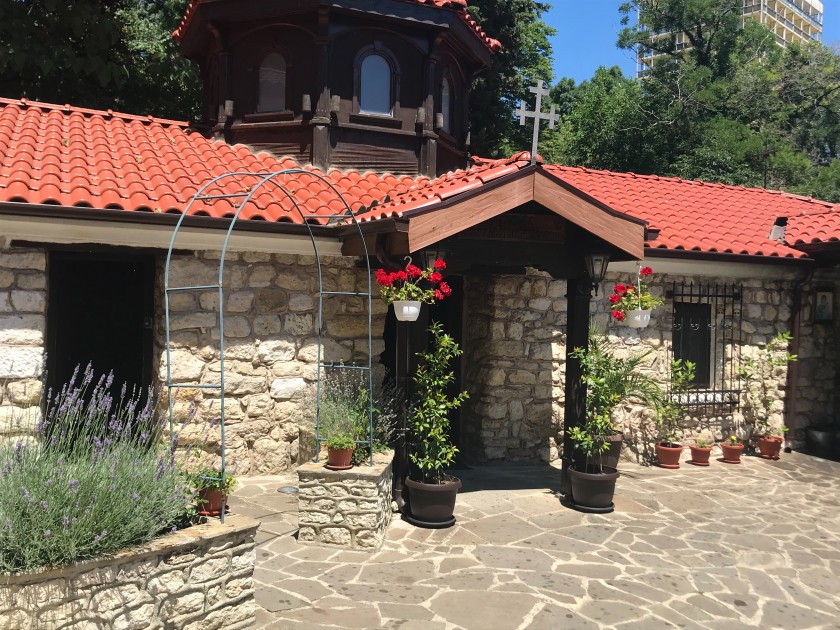 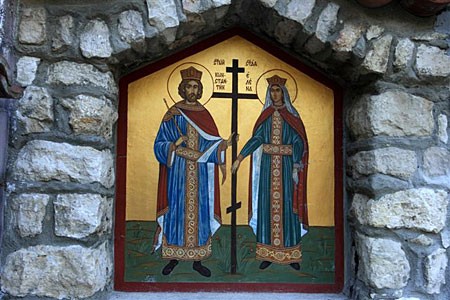