The Portal-Monument to 8th Coastal Infantry Regiment of Varna

The Portal-Monument to 8th Coastal Infantry Regiment of Varna is the only of its kind on the Balkans, dedicated to a sole regiment (or whatever military unit).

All the names (2,850) of the fallen officers and soldiers were engraved with gold upon 42 commemorative slabs. After World War II, two more slabs, bearing the names of 50 fallen-in-the-War citizens of Varna, were added. A barracks building (now non-existent) was constructed in 1898, and in 1934, Colonel Dimkov suggested the construction of a portal-shaped monument next to it.

The Monument was symmetrically designed - with a central and two lateral parts. The central one was shaped like a triumphal arch, with a large, pointed in its upper part, opening. A bronze inscription above the opening reads "Eternal glory to those who fell in the name of the Motherland"; two other inscriptions, bearing the years 1912 - 1913 and 1915 - 1918, adorn the two sides of the opening. The two lateral parts were formed like tall rectangular columns, at the facade footings of which, two stone soldiers (by the sculptor Cyril Shivarov) stand on eternal guard. On the other side, two stone maps depict the victorious march of the Regiment during the Balkan and First World Wars.

The Portal-Monument was inaugurated on Nov. 15,1936. Now, it is situated on one of Varna's thoroughfares bearing the name of 8th Coastal Infantry Regiment. 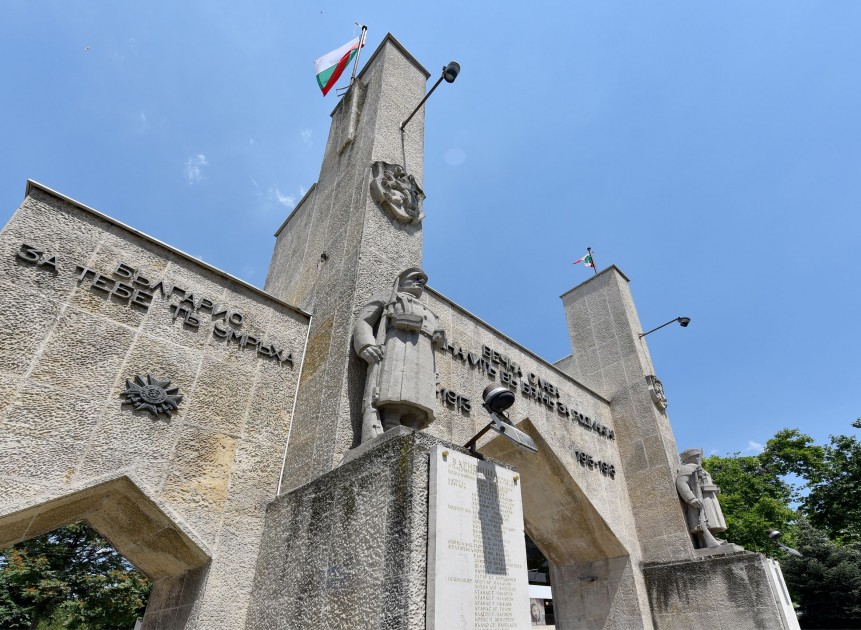 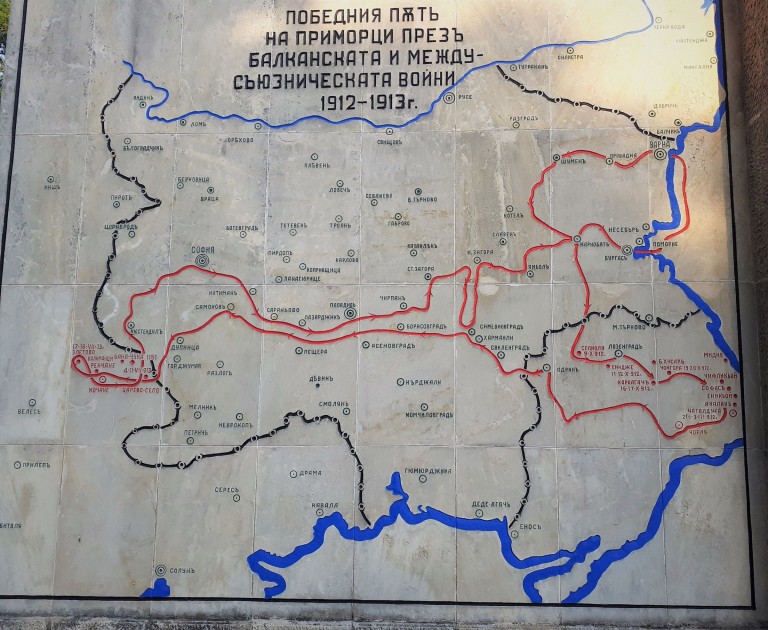 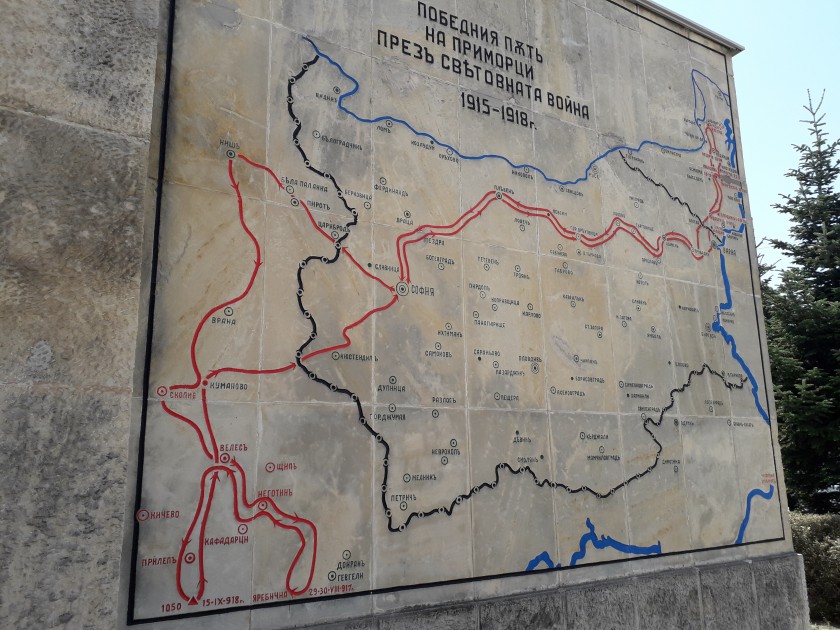