Monuments to the fallen French soldiers and sailors in 1854-1855

During The Crimean war (1854-1855) French and British governments, in attempt to support the Ottoman Empire, declared war on Russia and chose Varna as a military base for the allied British and French military forces. In May 1854 more than 30 000 French and 25 000 British soldiers as well as 10 000 regular Turkish army were located in Varna and its surroundings.

The first cases of cholera were recorded in Varna’s French hospital on July the 9th 1953. The disease was brought to Varna by French troops from South  France where cholera was already spread out. From there in short time the disease affected  the French troops in Dobrudzha.

In the course of the military activities the cholera was spred to the Crimean peninsula too. The infected soldiers were transported by ships to Varna in order to be isolated. There were thousands of dead –  10 000 French soldiers  died in this  war, 7000 of them died from cholera. The epidemic also expanded over the British and Turkish troops, lots of locals died as well.

There are two monuments in Varna in commemoration of the French soldiers. They were inaugurated in honour of the 5 183 French soldiers who died from cholera in 1854 and 1855.

One of them was built in 1888  in the Catholic cemetery (near the present day monument “The Pantheon” in The Sea Garden). It was in the shape of a pyramid, surrounded by chain and 8 cannons brought in from  the military arsenal in Toulon and each of them weighed 3000 kilograms. In 1959 the monument was relocated and two of those cannons were placed in Varna Naval Museum.

The other monument was situated in the “Karantinata” area (in Asparuhovo district). It was inaugurated on April the 15th 1912. The Mayor of Paris - Félix Roussel also attended the ceremony.

In the mid-50s of the 20th century a new city plan was approved. It included enlarging The Sea Garden territories to the north east and  building a new monument- the Pantheon. In 1959 the monument of the French soldiers was moved to the “Razklona” area (Vinitsa district). A few years later the other monument from  the area “Karantinata” was relocated there as well.

You can reach the French monuments by bus No 31 to bus stop  “Razklon Vinitsa”. 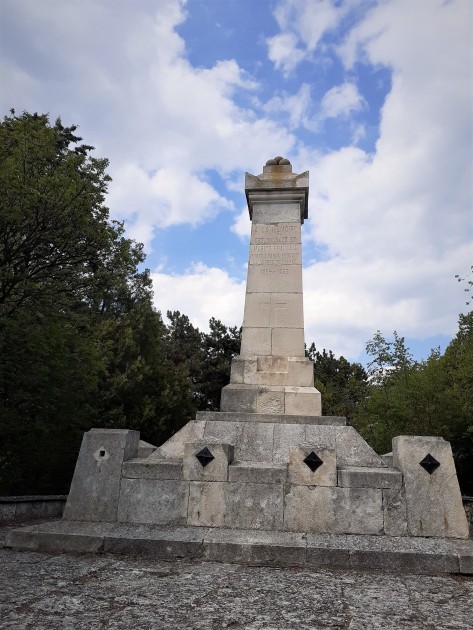 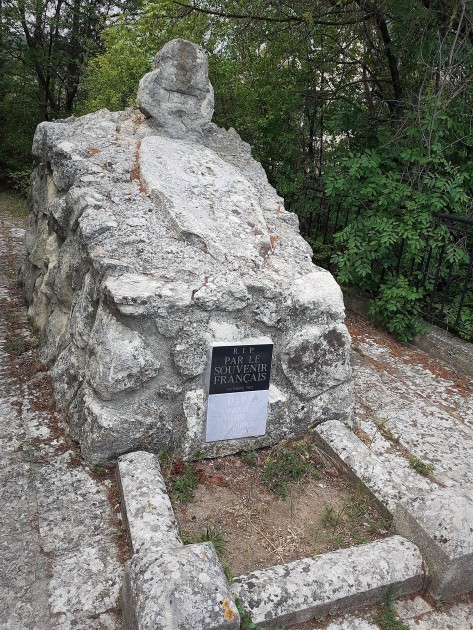