The Headquarter of the Navy

The most imposing building on "Preslav" Str. is the building of The Chamber of Commerce and Stock Market, designed by architects Dabko Dabkov and Stefan Venedikt Popov. It was built on part of the old powder keg (Baruthane). The construction began in 1929 and ended in 1933. The building was inaugurated by Bishop Andrew in 1935. The total costs are 15.48 million lv., of which the Stock Market pays 6.85 million and Industrial Association - 8 621 000. The Municipality grants free area of 700 sq m.

The building is an architectural monument of local importance. It`s designed with wholesale scaled baroque elements. Typical for the building is the massive half-rounded rizalit that ends with a huge circular dome-shaped shield. The three arched doors can be achieved by large semicurved staircases. The doors are flanked by Corinthian columns that carry a balustrade balcony. The building embodies the strength and power of industrial Chamber and Commodity Exchange. Since 1952 the building was handed over to the MRL and it is used as a headquarter of the Navy. As a military facility the building is guarded 24 hours 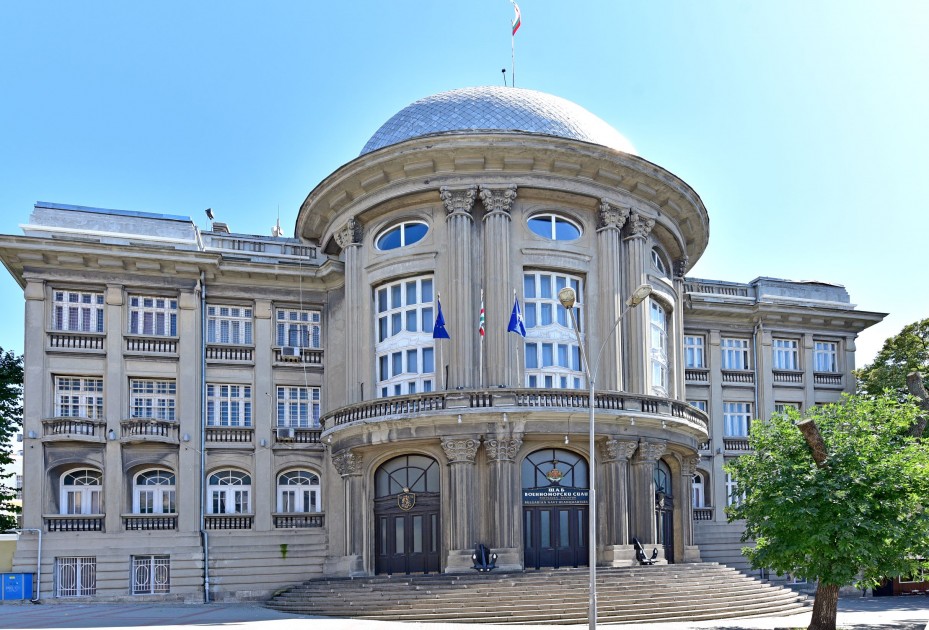 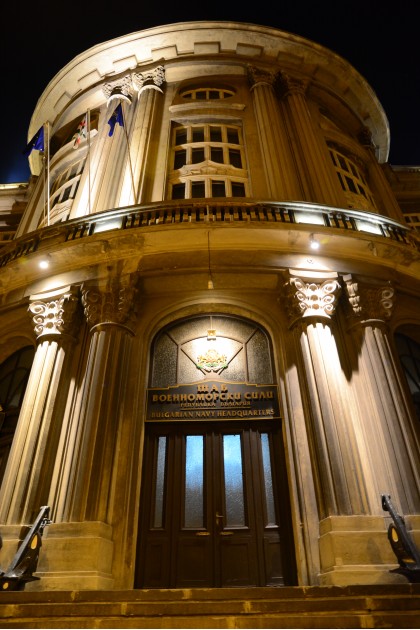 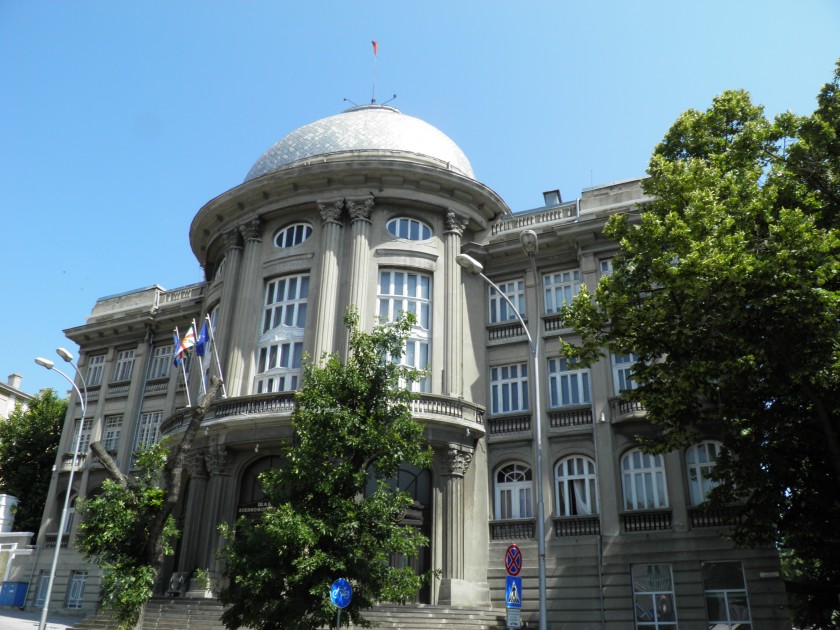