Varna hotels in the past

Varna has always been famous for its hospitality and traditions in the hotel industry.

The first hotels were small, usually private homes, adapted to accommodate visitors. By 1900 there were already 12 registered hotels in the city, and quite expectedly after Varna's announcement of a seaside resort and its development, the requirements of the visitors increased. Modern hotels with luxury furniture, all amenities, friendly staff and delicious food began to appear.

The hotels were located in crowded places - Musala Square, Preslav Street, around the railway station, etc. All of them, of course, had to operate according to approved municipal rules and regulations. In 1925, with a mayor's order and "considering their location, cleanliness, furniture and the care taken for the comfort of passengers", four hotel categories were defined. At that time, there were 23 hotels in the city and they were categorized after an inspection by an appointed commission. Of the highest grade were the hotels  category I such as Grand Hotel London. In category II were hotels like "Paris" and "Eagle", in category III - hotels like "Preslav", and in category IV - hotels like "Balkan".

One of the most famous and renowned hotels in Varna was Grand Hotel "London". It was built before the declaration of the city as a seaside resort, and was designed by architect D. Dabkov. The hotel opened its doors on May 25, 1912 and for a long time it was the tallest building in the city. The hotel offered exceptional amenities such as sofas, central heating and bathrooms in each room with hot and cold water. The first elevator in the city was installed here, and in front of the main entrance, there was a piazza with phaetons. In addition to all the amenities, the hotel rooms had a beautiful sea view. The visitors were of different nationalities, but German tourists prevailed. One of the first guests of the hotel, accommodated even before its official opening, was the mayor of Paris Felix Russell. Among the most famous guests who used to stay at Grand Hotel London, were Eng. Adolf Mussmann, Peter Danov, Eng. Hans Stefan and others. The hotel soon became one of the symbols of Varna, often depicted on postcards.

Another popular hotel at that time was hotel “Paris”. It was situated on the corner of Preslav and Panagyurishte streets. The hotel was built in 1906 per project of Eng. G. Gerov, while later, in 1911 the edifice was upgraded with another floor, designed by arch. D. Dabkov.

Hotel “New York”, designed by arch. Georgi Kostov was also famous. It was situated on Ruse Street, opposite the Theater and the City Garden, and opened its doors in 1922. The luxurious furniture in the hotel was delivered from Western Europe, and its facade was decorated with magnificent sculptures by Kiril Shivarov. On the second floor was the private clinic of the famous Varna obstetrician-gynecologist Danail Shishkov, on the first floor - a barber and a butcher shop, as well as the luxury cafe-restaurant "New York". Guests of the theater often stayed at the hotel.

One of the most famous hotels was Hotel "Musalla", built in 1927. The guests of the city called it "The Pearl of the Black Sea". With the amenities it offered, such as central heating, hot and cold water in every room, elevator and luxury restaurant, the hotel was extremely modern for its time. There were numerous shops on the first floor. Today the building is a monument of architecture and is one of the most impressive edifices in Varna.

The five-floor "Grand Hotel Splendid Palace" was opened on "Independence" Square In 1929. The hotel could have satisfied even the most capricious and sophisticated requirements of the guests. The lounges and rooms had parquet flooring, brass beds, each room had a bathroom with hot and cold water, and the staff spoke Bulgarian and European languages.

With the new modern hotels and all kinds of services for holidaymakers in the city, Varna began its gradual transformation into a seaside resort. Only 5 years after the proclamation of Varna as a seaside resort, according to official statistics, in the season 1926 the number of visitors to Varna reached 30,000 and more. 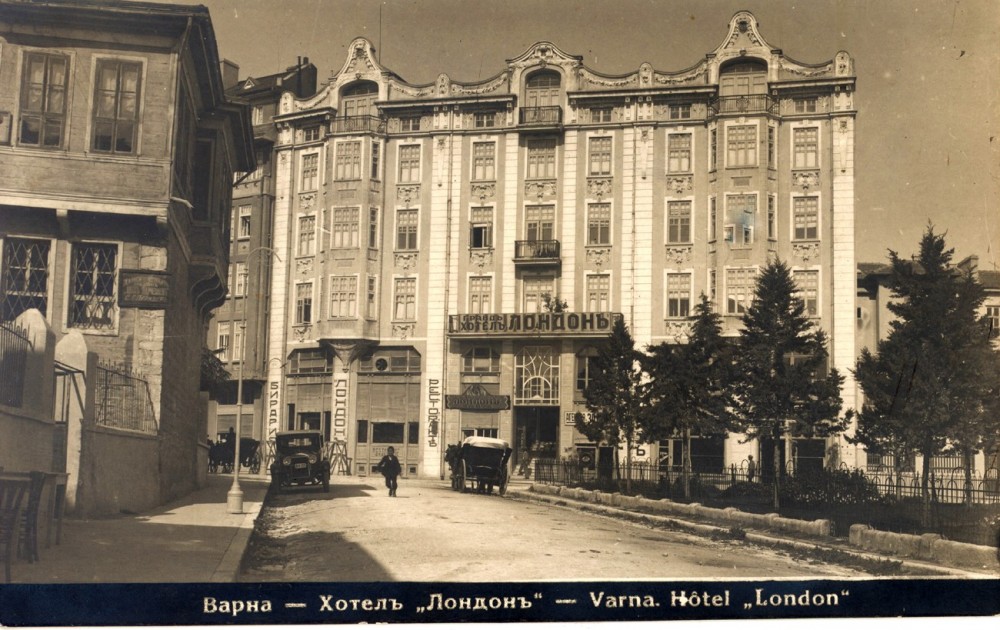 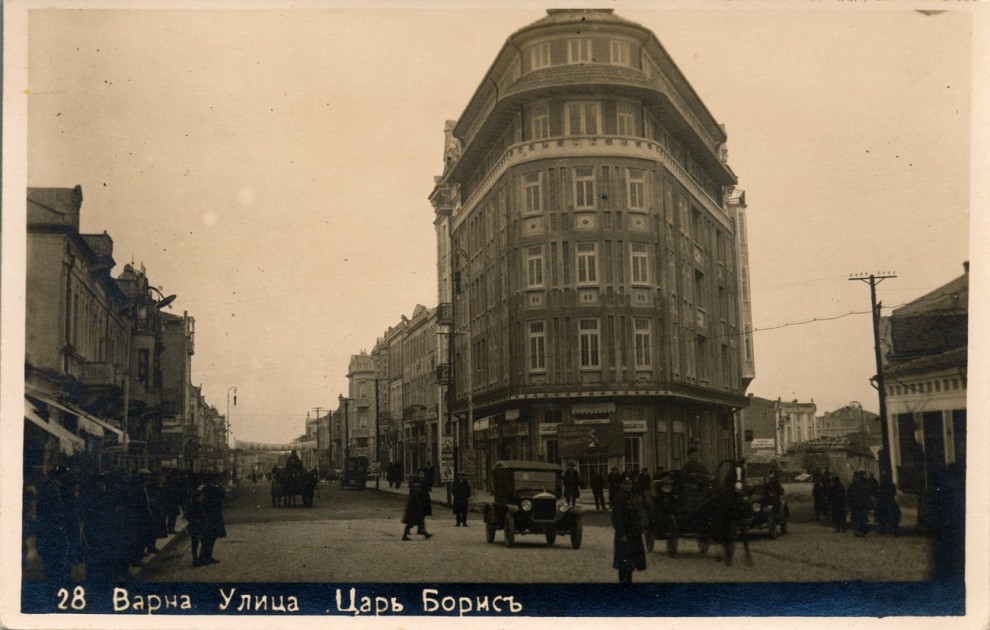 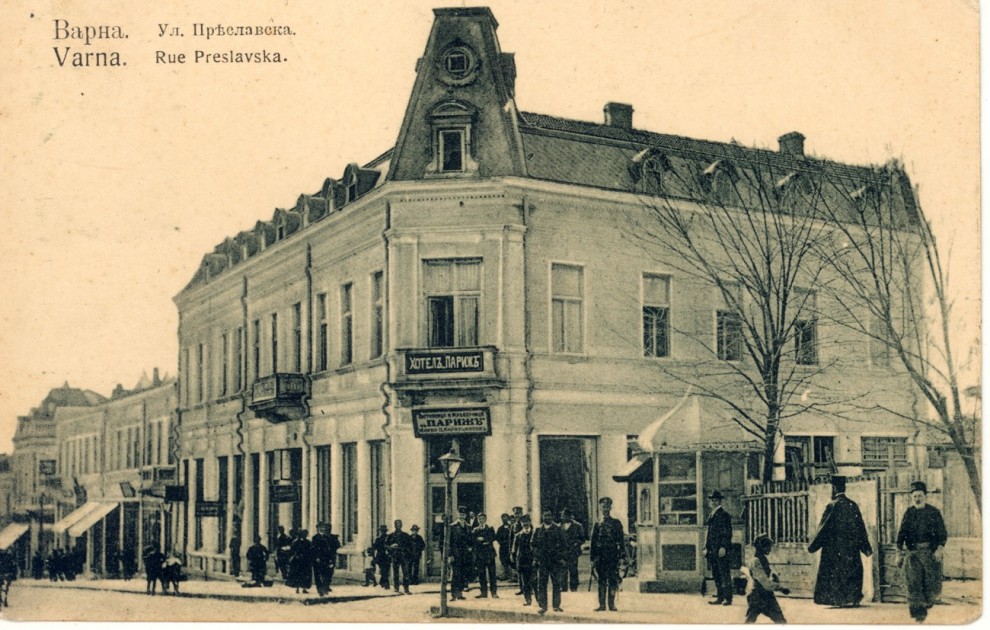 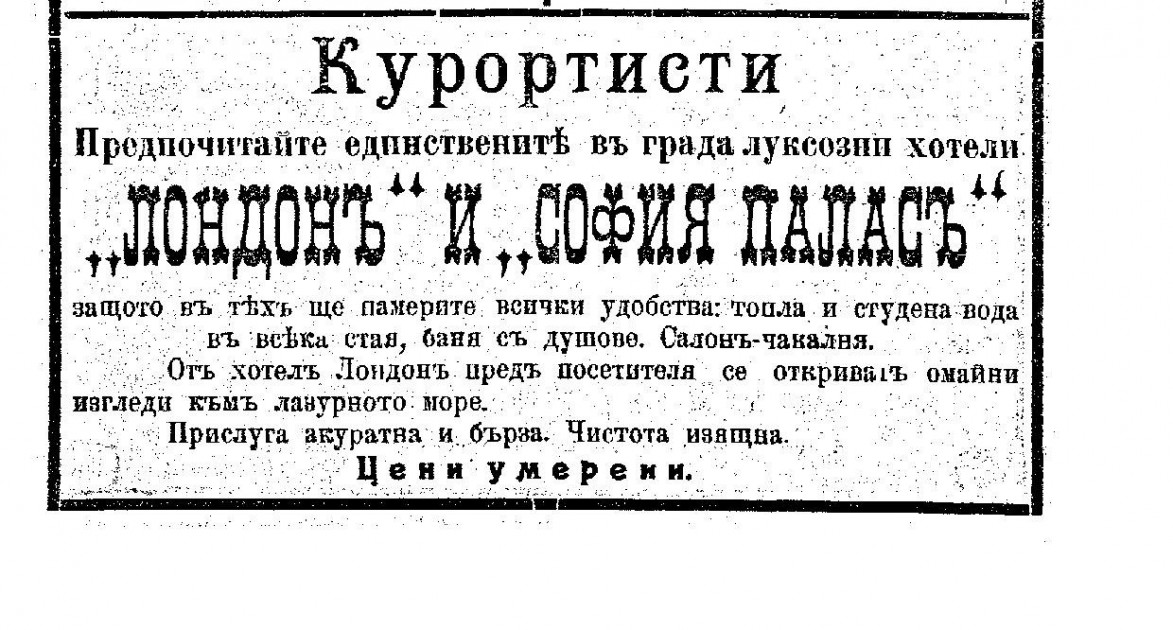 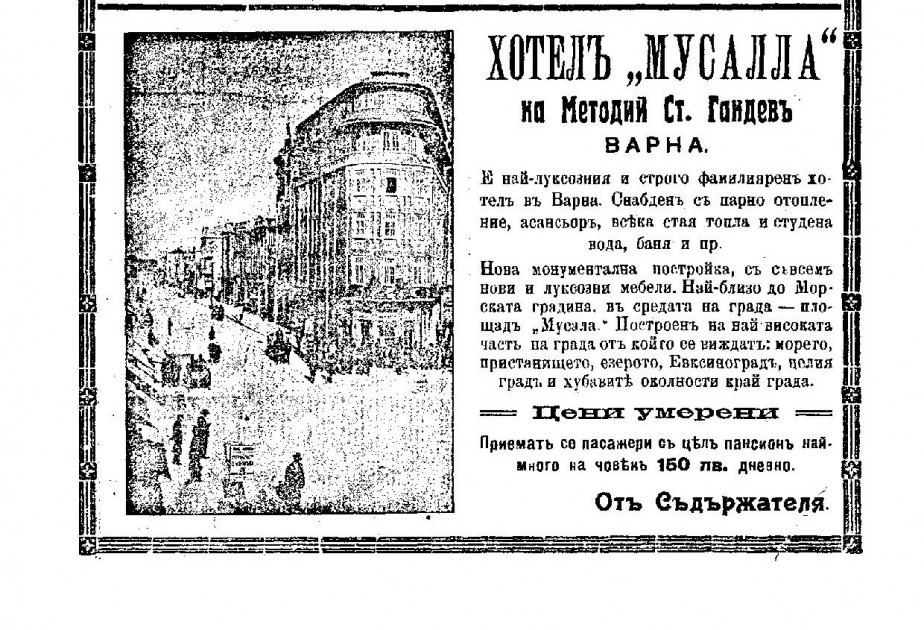